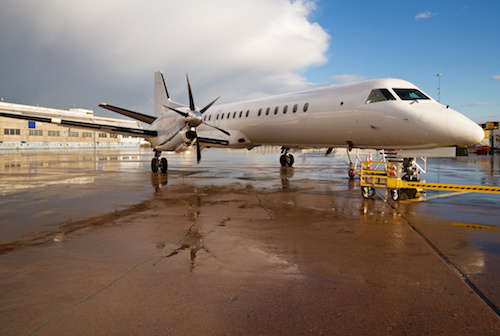 While the regulations are similar the FAA Part 121 Flight Locating regulations are re-termed for 121 air carriers as Flight Following System. This is primarily due to the enhanced hands on requirements for a Part 121 operator required by the FAA.

In a Flight Following system dispatchers are activity monitoring and following aircraft movement and providing updated information the flight crews or responding to their requests.

These aircraft that usually operate under FAA Part 121 Flight Locating regulations usually have ACARS which provides real time departure and arrival information as well of other information to/from the aircraft to ground dispatch centers for the operators.

These regulations are outlined below:

(1) An approved flight following system established in accordance with subpart U of this part and adequate for the proper monitoring of each flight, considering the operations to be conducted; and

(i) To ensure the proper monitoring of the progress of each flight with respect to its departure at the point of origin and arrival at its destination, including intermediate stops and diversions therefrom, and maintenance or mechanical delays encountered at those points or stops; and

(ii) To ensure that the pilot in command is provided with all information necessary for the safety of the flight.

(d) The certificate holder’s operations specifications specify the flight following system it is authorized to use and the location of the centers.